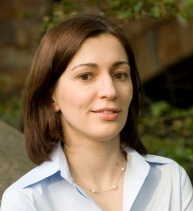 Dr. Fujimori received a B.Sc. degree in chemistry from the University of Belgrade, Serbia, and a Ph.D. degree in chemistry from the University of Illinois-Urbana-Champaign. Prior to joining UCSF as Assistant Professor in 2008, she conducted her postdoctoral research in the lab of Christopher Walsh at Harvard Medical School. Among other awards, Dr. Fujimori is the recipient of an NIH Pathway to Independence Award and the Damon Runyon Cancer Research Foundation Postdoctoral Fellowship.

The Fujimori Lab studies the mechanistic basis by which members of several enzyme classes regulate biological pathways, including both their catalytic mechanisms and function within a biological system. The overall objective is to uncover disease-associated enzymes that could be used as new therapeutic targets or diagnostic markers, and identify their selective inhibitors. To do so, the lab will develop novel chemical tools to study oxidative enzymatic pathways and carbohydrate-modifying enzymes. In conjunction with biochemistry, molecular biology and microbiology techniques, these chemical probes will allow the lab to map the molecular, cellular and (patho)physiological roles of target enzymes.